Labour markets are changing rapidly in the face of the events of recent times. In addition to the advances made in the fields of artificial intelligence (AI), automation including robotics, the COVID-19 pandemic has also accelerated this change.

The World Economic Forum published a white paper entitled Resetting the Future of Work Agenda in October 2020. It outlined the key measures that employers were taking to respond to changes in the labour market as we currently know it. It conducted a survey of employers and found that 84% of them (employers) would maintain the practice of remote working at certain levels in their businesses. More than half of these employers have increased the use of automation in their business and 30% of them are beginning processes of investing in re-skilling and up-skilling programmes for existing employees. The welfare of employees is being considered as more remote working becomes commonplace. The Adecco Group, for example, set up an assistance and support phone line for their employees working at home and Wipro created a network of team leaders to correspond between each other regarding the progress of remote working in the company. As remote working becomes more common, measures such as these will become more common too as employees will need to be guided through the changes, to enable them to adjust successfully to this new way of working.

Employment numbers have also been sharply affected. The pandemic caused the unemployment rate to rise rapidly across the world, with the United States seeing its rate rise from 4% in March 2020 to 15% a month later. The Eurozone suffered a smaller rise in unemployment, partly due to job retention and wage assistance schemes enacted at EU and national level (Pandemic Unemployment Payment in Ireland has been paid to over a million people). but unemployment still stood at 7.6% by June 2021. Fears that this could last were initially compounded by statistics showing that over the last 50 years, increases in unemployment have occurred twice as quickly as decreases in unemployment. The sudden nature of economic declines, such as the global recession beginning in 2008, can cause problems that take a long time to recover from, as seen from austerity measures adopted by several western governments in the early part of the past decade. As economies begin to cautiously reopen, global unemployment rates did decline towards the latter half of 2020, despite the persistent global effect of the pandemic, contrary to the predictions of the OECD, who had predicted a much slower return to improved employment rates. As well as lessening of restrictions across the world, the recovery of the labour market was in part due to  the ability of businesses to adapt to pandemic restrictions, such as introducing takeaway food and drink and increased home delivery and the mechanisms put in place across the working world to allow people to work remotely. The re-training of workers has been aided by online courses and training that have become key tenets of today’s labour market. Who had heard of Zoom before March 2020?!

Access to retraining and up-skilling courses has been improved as students and learners can now potentially attend courses located anywhere in the world.  Start-up companies are also becoming more prevalent in the developed world, with 1.5 million firms established in the United States, and similarly large numbers in Europe and Asia. For example, the Census Bureau in the US reported an increase of 95% in applications for starting a business in the period from July 2019 to July 2020. In Japan, 10,000 new businesses were registered in September 2020, an increase of 14% from the previous month. In France, 84,000 businesses were registered in October 2020 in an increase of 20% from the previous year, and in the UK, registered companies increased in number by 30% in 2020. This growth in employment is not confined to fully developed nations, with the so-called BRIC nations of Brazil, Russia, India and China also being affected. China’s unemployment rate went up to 4.2% in 2020 from 3.62% the year before, but Statista projects the country to reach a rate of 3.51% by 2026. India’s digital economy is expected to grow by a figure between 6% and 8% between 2021 and 2024, according to the India Brand Equity Foundation.

The labour market is still subject to change as the end of the pandemic is managed. The effects of the pandemic on working life will be discussed in the next section. In the immediate future, the rolling back of restrictions and the success of the vaccine rollout will be crucial in determining when the labour market can stabilize.

Hilt offers advice on the changing labour market as part of its training services. Ways of contacting us can be found using the preceding link. 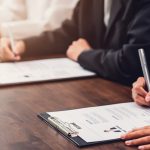 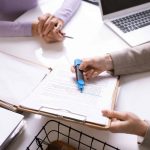 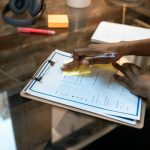 No products in the cart.

Are you busy applying for lots of jobs and not getting an interview?

Do you feel that all the job market action is happening somewhere else and you don’t know how to find it?